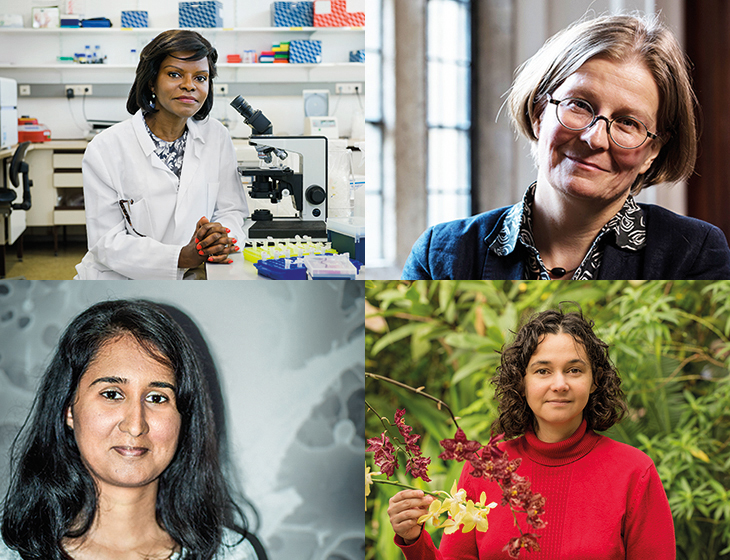 The proportion of women in science worldwide is less than one third. With the “International Day of Women and Girls in Science”, the United Nations wants to draw attention to the importance of promoting women researchers at all career stages. “The world needs science and science needs women”, says Irina Bokova, Director-General of UNESCO: “Humanity cannot afford not to use half of its creative potential”.

The Alexander von Humboldt Foundation is firmly committed to equal opportunities in science and scholarship and expressly welcomes the applications and nominations of highly qualified female scientists and scholars for its programmes: “We want to attract the most promising talents worldwide – regardless of their gender. Many female researchers are already part of our network, whose achievements are exemplary for the excellent scientific work of women,” emphasises Ulrike Albrecht, Head of the Alexander von Humboldt Foundation’s Strategy and External Relations Department.

In 2016, for example, the ecologist Tiffany Knight, the Judaist Katrin Kogman-Appel and the Islamic scholar Judith Pfeiffer, three outstanding researchers were awarded a five million EUR Alexander von Humboldt Professorship. In 2015 and 2016, 58 percent of the Alexander von Humboldt Professorships awarded were held by women. The Humboldt Foundation’s other award programmes also honour outstanding female scientists and scholars and sponsor junior researchers in their fellowship programmes.

“However, we also observe that women are still underrepresented, especially at the demanding levels of the science system,” says Ulrike Albrecht. The overall proportion of women in the Humboldt Foundation’s academic sponsorship and award programmes is around 30 percent, which is about the average for the German research landscape. “We monitor current developments in this field very carefully in order to continually optimise our own sponsorship programmes and further increase the proportion of women we sponsor,” says Albrecht. The Humboldt Foundation also encourages female academics in Germany to internationalise their research teams as hosts.

28 percent of the scientists and scholars in Germany are women